At around eight o’clock in the morning, the sun isn’t quite all the way up yet and the beaches around Arenal d’en Castell are, for the most part, empty of swimmers. A few Speedo-wearing junkies hug the shoreline, and the running girl is back on the boardwalk as she was yesterday, same time, same place. Other than that, the beach is empty – except for one unexpected bather out for a morning swim.

The Mediterranean Shag – perhaps more appropriately dubbed in Spanish as the tufted cormorant – is a diving bird that one normally associates with the rugged cliffs and seabird colonies of the north. The last time I saw these odd-looking snake-necked seabirds I was standing atop the windswept cliffs of Inner Farne, where the birds had built their messy nests mere inches from the footpath. The Farne Islands are magical in their own right with their denizens so fearless and so close at hand, so I suppose I assumed the Farne birds to be a braver sort. In most other parts of the world, birds (and other animals for that matter) know well enough to steer clear of the capricious hand of man. The Great Auk didn’t – and is consequently no longer with us.

Before the tourism industry boomed in the Mediterranean, sea turtles and monk seals swam into the sandy coves to give birth and plovers nested on the shorelines. The human demand for a place in the sun has pushed many of these creatures to local extinction – the Mediterranean monk seal is now one of the rarest mammals on the planet – but some species have decided the only way to cope with the summer surge of noisy humanity is to simply go about their business as though nothing had changed. The shags of Arenal d’en Castell do not appear to mind the presence of their human neighbours in the slightest. The waters of the bay are still teeming with fish, and for this master fisherman, the presence of a few hardy toe-dippers is no obstacle to a morning’s hunting.

There are at least three shags in the bay, not counting those that haunt the rocky cliffs of the headland to the northeast. Like many “urban” animals, they lack the lustre of their wild counterparts. The shining bottle-green feathers of the Farne birds are absent here: Phalacrocorax aristotelis desmarestii dons a more humble suit, with a touch of the sandy-grey “pardel” colour that flecks the coats of all Spain’s beasts, from its mice and rabbits to its bears and wolves.

Or at least, this bunch of townies do. 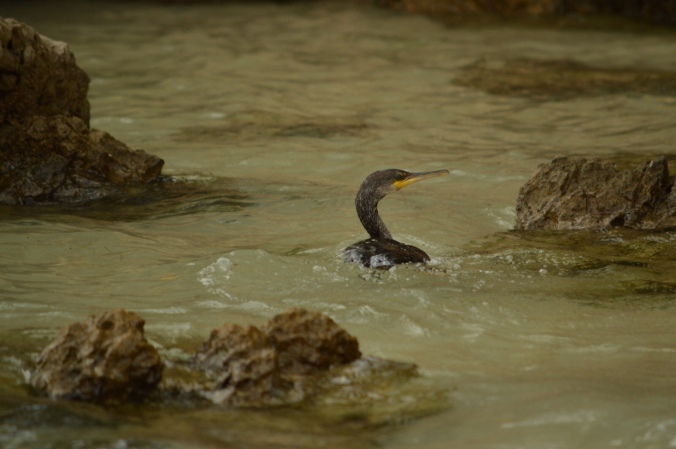 They really are masterful swimmers. This youngster did an entire length of the bay in a matter of minutes, displaying incredible agility as it darted through the shallows, oftentimes passing within a few feet of the day’s first paddlers, and avoiding what obstacles it encountered with incredible dexterity – with one exception. Perhaps age will bring wisdom. 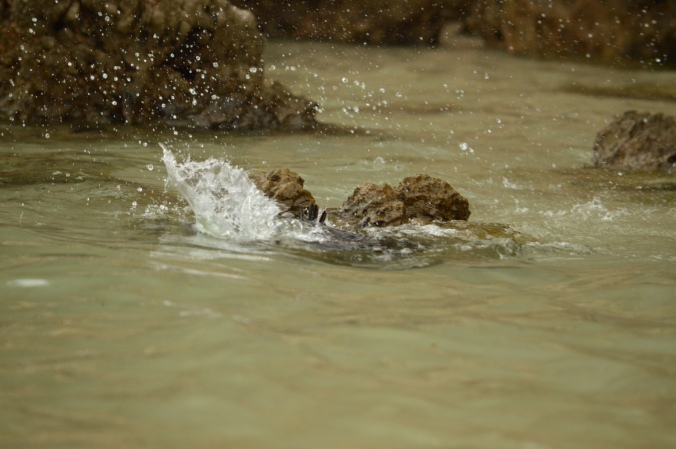 Every once in a while, nature, that ancient mechanic, finds a form it likes and seems to say to itself ‘yes, that’ll do – no need for further adjustments’. Sharks and sponges and jellyfish have filled an ecological niche since time immemorial, and there is much in the shag that harks back to some of the earliest birds, not least of all the fearsome Hesperornis, a seagoing avian dinosaur with sharp teeth on its beak. There are no teeth on its descendant, but as it floats along the surface of the water, snorkelling often and propelling itself along by its back legs, it seems an ancient creature; and when it finds what it was looking for, it kicks with its powerful legs and dives. And if it looked a capable swimmer on the surface, that is nothing compared to what it can achieve below the waves. 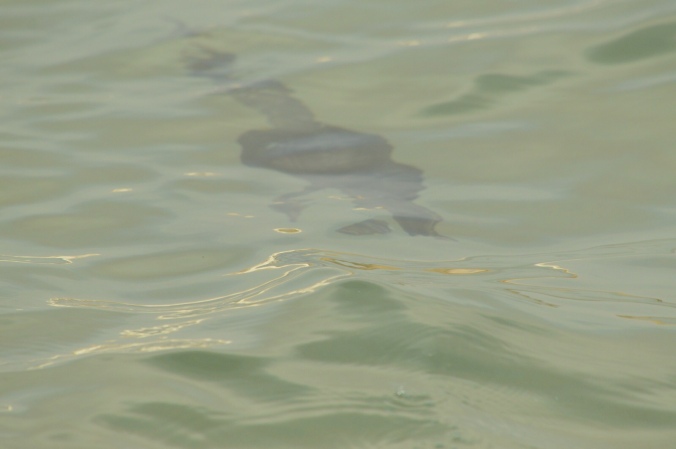 Would that I had an underwater camera and could show you just what I mean! Swimming around the headland this afternoon, I ran into the bird again, paddling only a few metres away without a care in the world. When it dived, I went under and followed it on its underwater hunt. Such speed! The bird moves like a torpedo through the water, powering ahead with powerful kicks of its bright yellow feet. I could only keep up for as long as it allowed; when it had enough of the lumbering tag-along, it kicked harder and took off through the depths. Were the sea calmer I might have watched it go, but the high winds stirred up the sand on the seabed and within seconds it disappeared into the gloom.

It’s moments like this that I wake up for. The flycatchers hawking around the climbing frame in the garden. The hummingbird hawkmoth that visits the hedge every day, the turtle doves that purr from the Aleppo pines, and the blue rock thrushes that warble from the cliffs of every rocky cove – and all of this within five minutes of the flat. Menorca is wild and, for the nature lover for whom a casual swim is simply not enough, it is a truly beautiful place to explore. 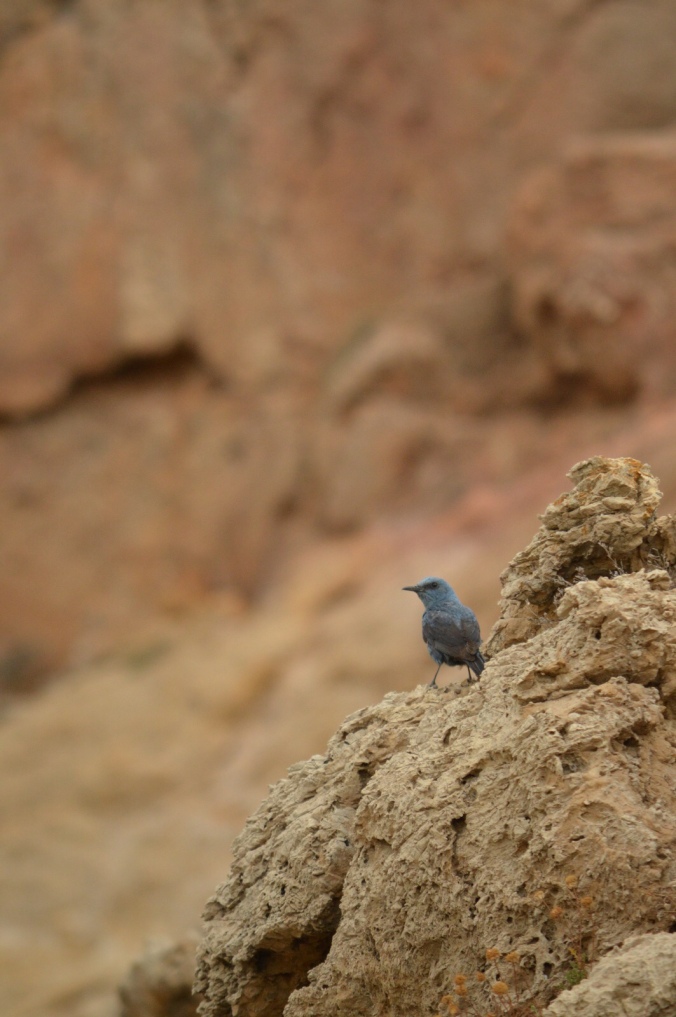 The high winds of the last few days are finally on the wane; the waves are not crashing upon the headland as they were this morning. Tomorrow I make for Fornells to explore the reefs on the northernmost cape of the island. I hear there are moray eels to be seen, though I should consider myself more fortunate if I should have the chance to swim with the shags once again. It was a real RSPB moment, up there with the vultures in the mist and the saltpan harrier, and I shall treasure it for years to come. BB x