With my summer plans in a near-constant state of flux, I thought it about time to set a few things straight. This time last year I still wasn’t sure what I’d be doing for the summer of 2016. By all rights, I figured I was still lumped with another two months in Jordan. Since then, it’s bottled about through three weeks in South Africa, chilling out at Olvera’s August feria, hiking the Sultan’s trail from Bucharest to Istanbul, crossing the Pyrenees from the Atlantic to the Mediterranean, ten days in Romania, another ten in Egypt and, somewhere, completing my four month minimum in Tetouan, Morocco.

Understandably, my brain is a bit of a clusterfuck at the moment. It’s partly because of that that I accidentally booked a hotel for the wrong night in Chefchaouen and had to pay an obscene 95€ just to cancel, it being less than fifteen days until our visit now. (This is why I prefer to stay in cheap-o hostels, people…) And it’s unnecessary expenses like that that make me reconsider.

So this is me, reconsidering. Let this exploration of yours truly’s very own version of Polo’s Bastards stand testament to any further meanderings. The following ten countries, in ascending order, are the top ten on my hit-list. And they aren’t exactly the easiest. (Spain, for various reasons, is not included – call me easily pleased, but it’d invariably take the top spot).

This one’s on the list despite the fact that I’ve already been because I was only there for five days or so, and it’s worth an adventure in its own right. Morocco’s south is famous for the Sahara, for Erg Chebbi and the reasonably easily-accessible camel treks that set out into the dunes from Merzouga. Morocco is such a diverse country, and merits proper exploration of each of its three zones – the Rif, the High Atlas and the Anti-Atlas – independently. It’s the south that bowled me over, not least of all Taroudant, by far the most charming city I encountered when I trekked from Agadir to Fes. It’s also the home of Abderraman Rajji, the kind old Berber who offered his house to Archie and I. Tafraoute in particular has been calling out to me ever since. The way things are going, I might even consider exploring the south some more in September…

You’re mad. No, seriously, you’re insane. But Yemen has been my top Arabic destination since the very get-go, being one of the contenders for both Sheba and the most beautiful country in the world in my books (it may or may not have something to do with having so much in common with the country in the top spot on my list). Since it’s been a war-zone for so very long and many parts are still tribal – the two may or may not go hand in hand – much of the country has been spared the glass-and-cement arm that has scarred so much of the Gulf. Not to mention the gorgeous, Ali Baba-esque mountaintop towns. Wallahi. 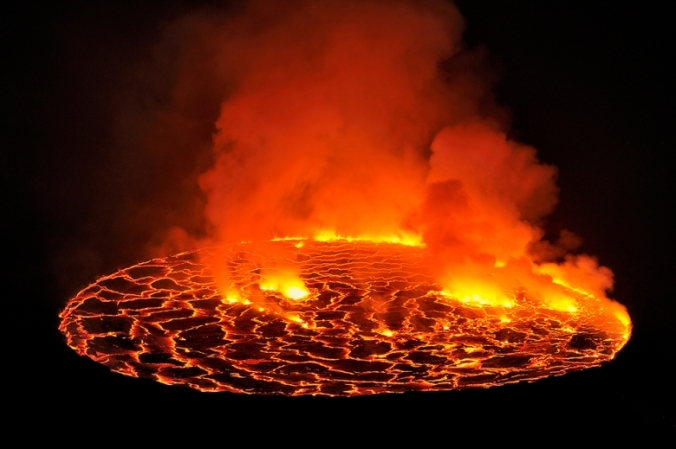 I’ve been within a stone’s throw of the DRC twice. On both occasions I had this mad urge to throw caution to the wind and cross the border. Fortunately, a crocodile-infested river stopped me the first time and a hundred miles of unchecked jungle stopped me the second. Needless to say, my appetite is whetted. This is the true African stereotype, Conrad’s dark zone, peppered with active volcanoes glowing red in the night – and at the risk of further destroying any faith you had in my sanity, it’s the danger of the place that attracts me so. Doesn’t the name alone sound so powerful?

A curiously mainstream addition to the list, I’ve had just about enough of seeing the same mountain range on the front of Lonely Planet, National Geographic and Wanderlust magazine – and have therefore decided that it must feature on this list. Patagonia looks so very crumpled and torn apart that it’s almost unnatural. I’ve been in love with mountains my whole life, and Argentina’ Tierra del Fuego represents possibly one of the most perfect mountain ranges in the world, picture-perfect in every way. And hey – they speak Spanish! 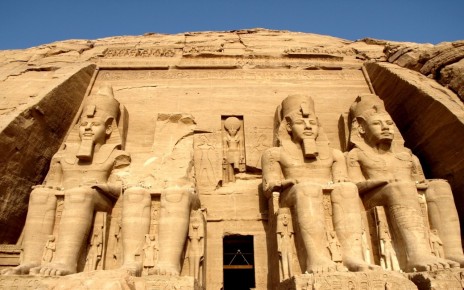 Let’s face it, who doesn’t want to see the Pyramids? Or the Sphinx? Or the Valley of the Kings? Egypt was my fall-back for Arabic until the Arab Spring ruined everything… now it’s been relegated to the dust of lost dreams, which is rather fitting, though it’s resurfaced from the sand of late in light of the summer flux. My only issue with Egypt is the package-y nature of it. If I could go, I’d rather backpack it – and that is the first leg of Cairo to Cape Town. That really would be an adventure and a half!

One word: Rajasthan. Land of desert forts, of rose sunsets, of dark-eyed mysteries. It’s the realm of the Far Pavilions‘ Bhithor (I think) and of Valmik Thapar’s Desert Kingdoms episode of Land of the Tiger. Southeast Asia may be the flavour of the month for most backpackers, but I’d eschew the Thailand-Cambodia-Vietnam trail for a month in Rajasthan alone anyday. India’s so massive and so diverse that you’d need more than three months to fully appreciate the place. And some day, I intend to do just that.

I have absolutely no idea why or how County Donegal made it onto this list. One day it simply seized my brain and became the country of origin of my princess. I guess it all spun out from there; that, and that damned gorgeous accent they have up there in Ulster. Ireland’s a damned sight closer than any of the countries on this list (and is also, consequentially, the only European entry), but the only thing holding me back is the expense of traveling around; a fair hike compared to the others. Even so, I doubt it’ll be long before I’m drawn out to the Emerald Isle. 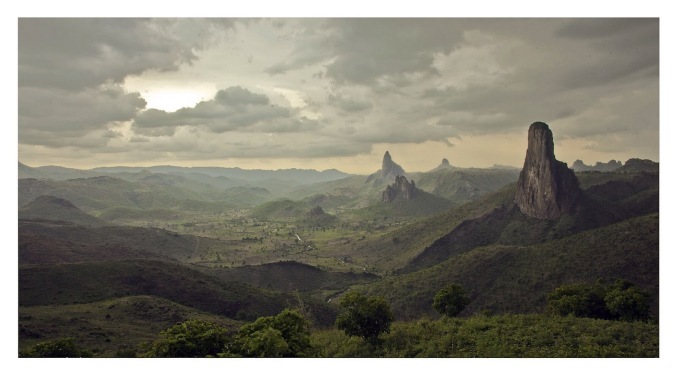 As well as my madcap desires concerning Cairo to Cape Town, I have this less ambitious but no less adventurous urge to visit each of Africa’s four corners: North, South, East and West. Having seen central Africa already, I’m chomping at the bit to see the rest of it. It’s first on the list of countries I’d consider volunteering in, since I reckon it would really merit getting to know on a more human basis than backpacking could ever provide. It also has a serious bushmeat trade problem that I feel strongly about. On top of that, Cameroon has all that I love about Africa: fantastic food, spectacular countryside, great apes and a dark history. It’s also a necessary stopping point since one of my novels takes place here. Let’s just call it ‘essential research’.

Words cannot describe my love for this country that I’ve never been to. I’ve waxed lyrical enough about the land of Quatermain, of P.K., my ex-girlfriend and the Zulus before, so I won’t go on about it. What I will say is that I came with a hair’s breadth of going this year, barred only because my bank wouldn’t let me pay for both my flights and my brother’s in one go. Taking it as a message from above, I backed down. But only for a run-up. I’m not even close to the door yet. 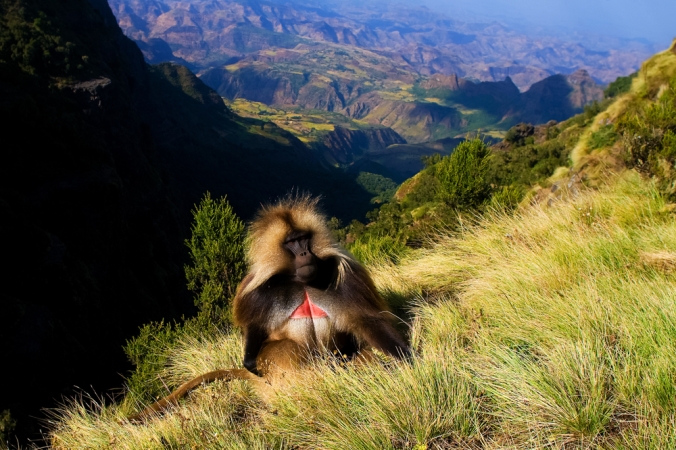 Truly, Ethopia must be the King of Africa. It’s Africa with castles, with Gods-in-the-flesh and sulphur fields. The people are – in my humble opinion – probably the most beautiful in the whole world, being a striking blend of Arab and African. I had a three-hour layover in Addis en route to Uganda four years ago and I guess it started there – there, or a few hours before, when our plane came down out of the clouds and I saw Africa for the very first time, a paradise of rolling plains that gave way to spectacular waterfalls and blood-red cliffs. The Simien Mountains also top the list for me in terms of beautiful mountain ranges… and I haven’t even got onto Harar’s hyena-men. Then there’s Erta Ale, Gondar, Addis Ababa herself, the Omo Valley… Ethiopia simply has everything – and less tourists than the other African giants. Perfection. All I’m waiting for here is another like-minded adventurer to join me and I’m there. Just you wait, Ethiopia. Just you wait.

There. When you’re struggling for an idea as to where to go next in a couple of weeks, or months, or a year, return here. These are my top ten. And one day, come Hell or high water, I’ll have seen them all. BB x