My school has a band, now. Secondary school or not, I have to admit I was a little excited when I found out. It consists of a piano, a guitar, a trombone, two saxophones, a drummer and a singer. Three guesses who that last one is. Better still, the music they thrust into my hands upon my return was by none other than Stevie Wonder. It’s For Once in my Life – in my opinion, not one of his best (I Wish, Superstition and Uptight are in a godly league of their own), but better than a poke in the eye.

The first rehearsal was a bit touch-and-go. The drummer had an egg-shaker and I had to explain the concept of counting in.

The withdrawal is real. I’ve written two and a half arrangements for my old a cappella group in three days. I’ve had Marvin Gaye’s greatest hits on repeat and I threw myself at the Concha Velasco Band as their most avid supporter at their gig in Villafranca last night. I lost my voice from shouting the lyrics so much. That’s probably a good thing. My Romanian neighbours are spared another day of me wandering in and out of the house keeping my unused tenor voice exercised. Saturday morning means gym for a lot of folks here, time to work on their bodies. My voice isn’t getting the workout it used to. I have to keep practising.

This week, perhaps more than ever before, the blow of severing ties with the musical world has come down hard. Perhaps doubly so because almost all of my old Lights buddies will be back in Durham this weekend for a reunion gig of sorts. I made the decision not to go, even though it’s the Puente del Pilar this week and I haven’t been at work since two o’clock on Wednesday afternoon. It didn’t break my heart as it might once have done, but the aftermath hurts. We all have to make tough decisions, sometimes. It’s got a lot to do with growing up and moving on. The collegiate music scene, brimming with talented musicians from near and far, is behind me. I’m here now, in a country which a friend of mind once described as simply having no ‘afán’ (desire) for music for its own sake. Even my holdfast, the Concha Velasco Band, are set to disband soon. Real life, work and responsibilities have risen like the tide, and as is so often the case, it’s only the lead singer who’s pushing blindly for unity in the wake of disarray. It’s as much a reflection of how things could have been had I not let go of the group I loved the most. I needed that. If I haven’t said it before, I’m saying it again now. Spain is not ideal for the musician. I laughed at the notion that it would get to me like it did to my parents, thinking that with twenty-odd years’ less immersion than them, I’d be alright. I was wrong. The lack of a music scene hurts. It hurts a lot. I think I’ve done more listening to music here in the last week than I did in an entire term at Durham, discounting the obligatory use of my essay-writing playlist. Granted, I’ve compounded my situation by living not just in Spain but in the sticks. But even so, music isn’t as much a part of this world as it is in England. In a class the other day we were discussing activities you might do at a youth club, and I genuinely had to spell it out that music was or could be an option. One of the brightest girls gave me a nonplussed look and said, very matter-of-factually, ‘music is only extracurricular’. Make of that what you will.

Flamenco is more than music. Flamenco is an art form which, like so many, has its masters and its endless amateurs. And so much of it is tied up with dance. The joy of making music for its own sake is lost here. As the son of two music teachers, it hurts. Having been in choirs, groups and bands my whole life, it cuts deep. I feel lost, and more than a little distant recently. 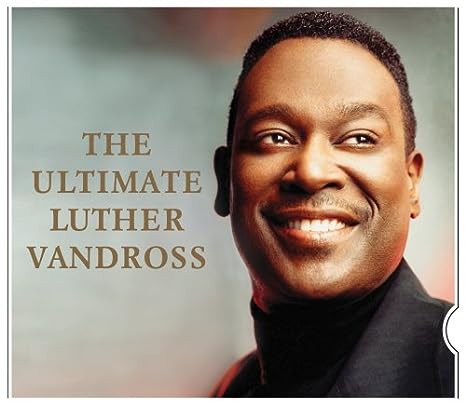 On the way back from the library, I saw something in the sky and I looked up. It was a vulture. I’d just been writing about them in my book, so I felt pretty fortunate to see my own material brought to life before my eyes. Riding the thermals on wings spread wide, with tapering fingers splayed in the current, it circled the park for a few minutes. Within a minute there was another one, closer. They rode higher and higher until, finally, they tucked their wings into that upside-down W shape and, like spinning disks, soared motionlessly from the top of their spiral to the west.

I could have cried. I love this country. I love it so much. I love the language, the people and the food, and I especially love the animals that live here. Especially the vultures. Music lifts me high, but nothing lifts me higher than being where I want to be, in a land where such magnificent creatures still roam the skies on your way to and from the supermarket. My heart bleeds a little. I had to give a queen to take the king. I may yet regret my decision. Or, I may find some new wellspring of energy in this country. I may not have my music, but I still have hope. That’s all I can ask for. BB x