There’s no better birthday present in the world than an invoice for nearly two thousand dollars. What a way to start the day. Even off the back of a very generous exchange rate, that’s still a cartload of cash. Of course, what with Student Finance working tirelessly behind the scenes, I suppose it’s easy to forget that I’m putting myself further and further in debt with those £9000 a year tuition fees hovering silently overhead, unseen until they pounce, leech-like, on my first pay cheque. That’s just a bugbear my generation have to face, I guess – not with apathy per se, but with a grudging acceptance that it’s the way things are. So yeah, in short, it was a good start to a twenty-first birthday.

In search of peace of mind, I took a wander out of town for somewhere quiet to sit and think. I initially made for my usual spot beside the river in the Broompark Woods, but as the sun was shining so gloriously and as I hadn’t actually done it before, I set my sights on the hill high over New Brancepeth and made for the top. It took a little while to climb down into the valley and up the other side, and it was quickly apparent that I’d left the Durham bubble far behind me. Everywhere I went I got strange looks from the people I passed; I guess not many students make it this far out of the bubble. Which is a crying shame, because it’s simply b-e-a-utiful. As soon as you’ve put a mile and a half between yourself and the city itself, you’re back in the real north again: fields lined with dry stone walls, rolling, sheep-strewn hills and open sky. Romantic, much. But you already know I’m a sucker for that kind of thing. From the top off the hill overlooking New Brancepeth, about an hour’s walk from Durham itself, you can see for miles in all directions. The cathedral tower, poking out from the valley in which it sits, dwarfs the city even from so far away. But what gets you is the silence. I’ve spent this year living on the fringes of the city, but you can still hear the hum of the A167. Get yourself out onto the hills and it’s another world. Just a couple of pipits, the odd yellowhammer and a single skylark singing their hearts out, with the far-off bleat of a lamb skipping after its mother. Rural idyll. Never mind its status, this is the real reason I applied here. If only I had the time to see more of it. I’d hoped to spend this end of term striking out around the north, but once again the year’s come and gone and I’ve not yet made the move. Fourth year will almost definitely see me finally striking out for Lindisfarne, the Lake District and the Farne Islands.

Durham City in the valley below New Brancepeth

I don’t know how I’m going to survive for the next two months. The Arab political situation and the basic laws of the land have left me no choice: if I am to continue to study Arabic, I must go to live in the city. Durham is by far the largest city I’ve ever lived in, which isn’t saying much, because it’s the only city I’ve ever lived in. And its size freaks me out sometimes. In less than two weeks’ time I’ll have to face down my fears and try to adapt to life in Amman, a sprawling metropolis compared to anything I’ve ever known. If I didn’t have a couple of good friends going with me, I know it would break me in days. I hope I can find somewhere to get away from it all, inside the city or outside. If only Amman weren’t so immense… The icing on the cake is the cost of it all. Two months’ study and accommodation in Amman is not exactly cheap. My twisted logic tells me that it’s just insulting to pay so much to have to live in a city, which is bad enough a situation as it is, but that’s obviously not the right way of looking at it. I’m just too much of a country boy for my own good. The sooner I can get out to some tiny, out-of-the-way pueblo in the Extremaduran heartlands, the better. My heart could do with the silence. BB x 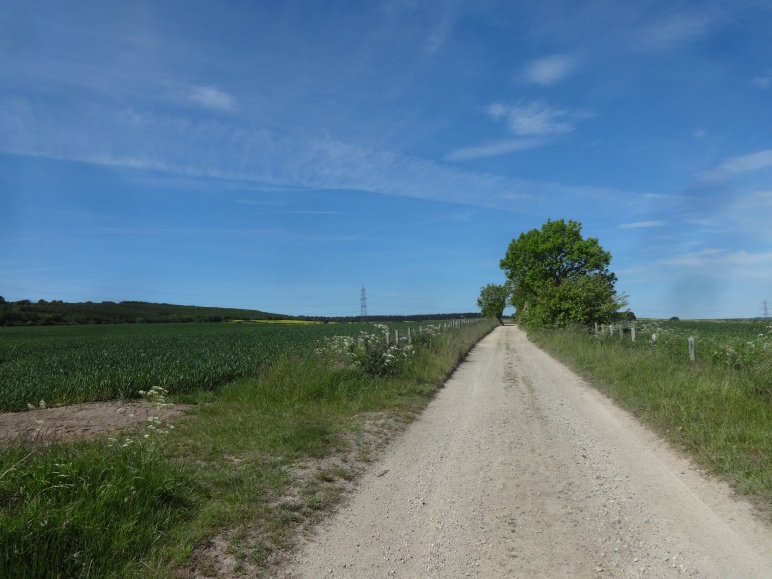